The 2007 Reunion was held in Branson, Missouri. Our host hotel was the Ramada Inn And Conference Center at the beginning of the “Strip”. Forty-eight crew members attended and with guests, we had almost 90 attendees. With over 90% arriving on Sunday the 14th, our early arrival day, the reunion got off to a great start.

At Monday evening’s reception, everyone enjoyed meeting old friends as well as well making new ones and enjoying food and drink in the hospitality room. In addition to the beverages and appetizers (chicken strips, sandwiches and veggies), we also enjoyed food and drink left by the Ben Franklin reunion.

Tuesday morning we headed to the train station for an exciting trip through the Ozark Mountains; our destination – the wilderness of northern Arkansas. Once the thrill of being in the remote hills of Arkansas died down, we reversed course, and headed back to the station and civilization, once again enjoying the excitement of seeing so many trees.

While waiting to board the train many of our group took part in the “Bobbing For Quarters” contest held at the station fountain – all but one as spectators. Congratulations to John “Squirrel” Herina, the winner. We will post pictures soon.

Tuesday evening found us enjoying dinner in the Dick Clark Party Box at Dick Clark’s American Bandstand theater and a great show featuring Fabian, Bobby Vee, The Chiffons, Chris Montez, and John “Squirrel” Herina (who does a mean twist) and many more great acts. Video coming soon. After the show, we retired to the hospitality room to relax and recall the old days.

Wednesday morning was the business meeting where association business was discussed, motions made and voted on, officers elected, next reunion site chosen, committee formed to update the by-laws and much, much more. This is an exiting reunion event that everyone should attend.
Wednesday evening was the banquet, the auction, the haircut and…

The tolling of the Bell
More about the banquet (After The Pictures) but first the Business Meeting news :
Business Meeting Summary :
Next Event – James Monroe’s 250th Birthday celebrationWhen – 25 April – 29 April 2009 Where – Fredericksburg, Virginia Will be posting more information here soon – Look for the “Next Event Button” Or click on the “Association” Button at the bottom of the HomePage
Next Reunion When – 2009 – Looking at September (77.4%) or October (22.6%) Where – San Diego
Election Results : President – John Martin Vice-President – William “Wild Bill” Sterchi Secretary/Treasurer – Jim Bayliss 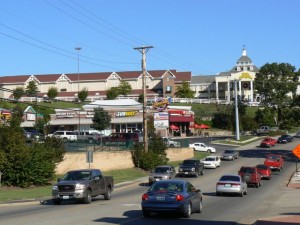 The Road In Front Of The Ramada In Branson 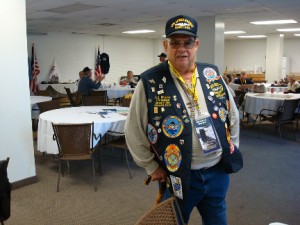 AJ Murphy In The Hospitality Room At The Ramada 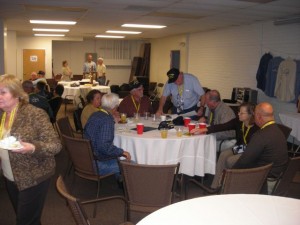 Everyone Gather In The Hospitality Room Between Events 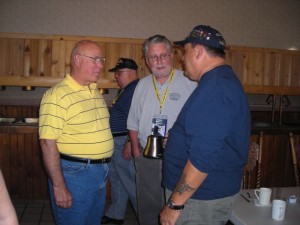 Making New Friends At The Reunion 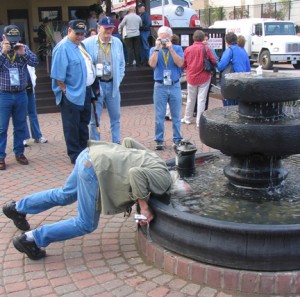 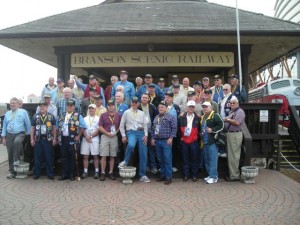 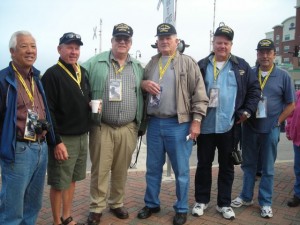 Waiting To Board The Train 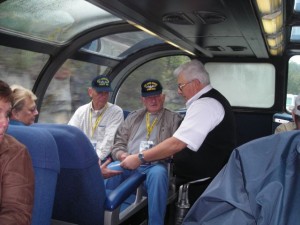 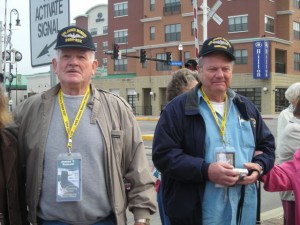 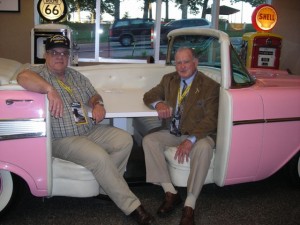 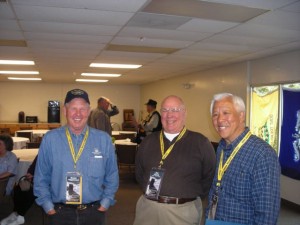 Getting Ready For The Business Meeting 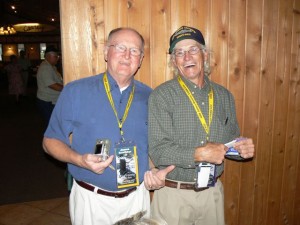 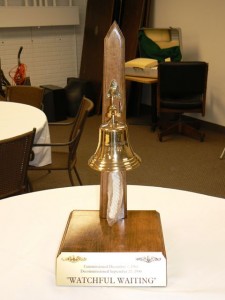 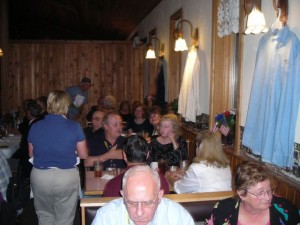 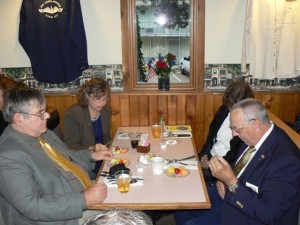 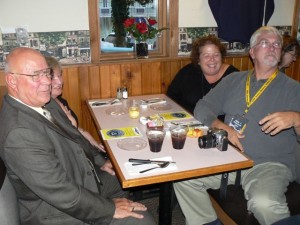 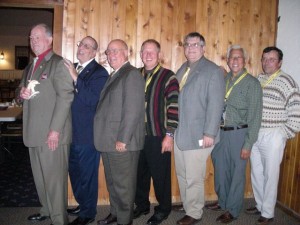 A Small Group Photo After the Dinner 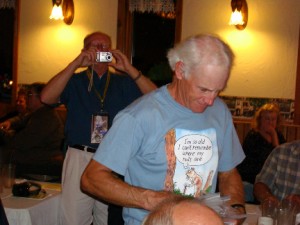 Squirrel Running The Auction At The Dinner Again

The Banquet began with the sounding of the Diving Alarm (several times); Colors and the National Anthem; followed by The Tolling Of the Bell Ceremony. Jim “Frenchy” Doucett donated the bell, AJ Murphy Tolled the bell and John Martin called the names of the boats and our fellow crewmembers.
After a great meal, we gave out the door prizes and then came the auction and luckily, we were able to have the one and only John “Squirrel” Herina as our auctioneer. How he gets people to bid against themselves is a mystery. One of the most unusual items auctioned was a haircut. A haircut for Squirrel! Many lucky people went away with silver locks that one day will be extremely valuable.
Thursday Morning was the get away breakfast, where hugs were exchanged, and the “Until Next Time” good-byes were said.
See You In Fredericksburg Sailor!!!