This year marked the 250th anniversary of the birth of James Monroe, the fifth US president for whom the USS James Monroe was named. The Association was invited to participate in the festivities from 25-28 April 2008. A significant number of crew members and family members traveled to Fredericksburg, VA to participate in the festivities. Monty Cross and Jim Bayliss did an excellent job of planning the event and organizing activities for those attending.

Crew members started arriving in the Fredericksburg area on Friday afternoon and gathered in the hospitality suite at the Fredericksburg Hospitality House and Convention Center. On Saturday, most of the group traveled in vans to Washington, DC where there was a flag raising and tolling of the bell ceremony at the Navy Memorial to honor the former crew members who are on Eternal Patrol with a military honor guard. Following the ceremonies and lunch, the group traveled to Arlington National Cemetery where stops were made at the grave sites of former COB Vic Belbusti and former Commanding Officer JC Harris. On Sunday, the official birthday celebration took place at the James Monroe Museum and Memorial Library. A number of mementoes from the USS James Monroe were presented to the museum during the ceremonies. There was a dinner on Sunday evening for the crew members and a BBQ in the rain on Monday. A number of people also went out to see Monty and Robyn Cross’s gardens after the BBQ.

Several descendents of James Monroe attended the presentation ceremony which made a special time even better. The youngest family member, Jeremiah, was presented many mementoes of the event by crewmembers. Jeremiah was not taken in by the Torpedomen’s gifts however and will surely be a nuke if he decides on a Naval career.

And now for some pictures: 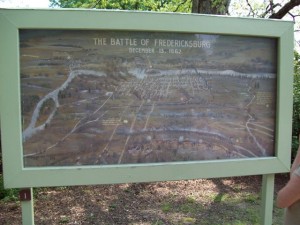 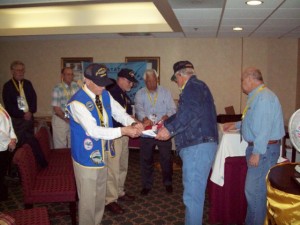 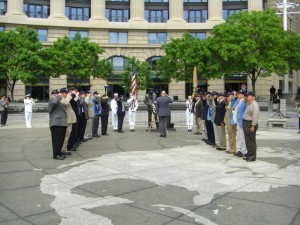 Crew Members Participating In The Ceremony 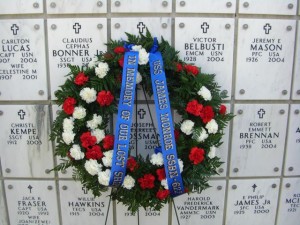 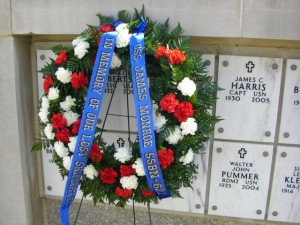 At The Gravesite Of CO JC Harris 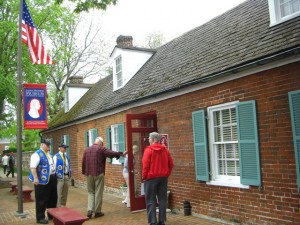 Entering The James Monroe Library & Museum For The Birthday Celebration 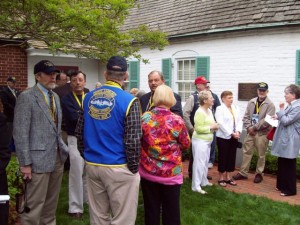 Mingling With Other Guests Waiting For The Ceremony 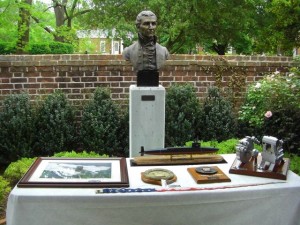 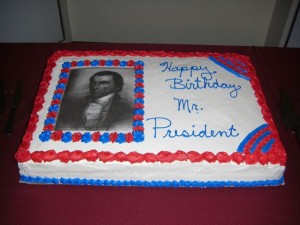 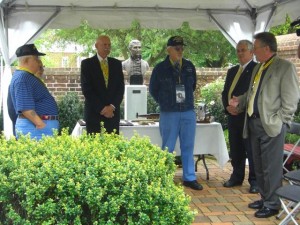 Meeting With Dignitaries Before The Ceremony 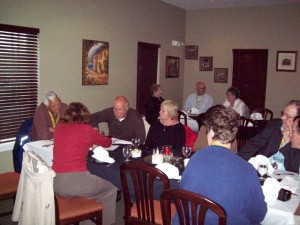 Enjoying Italian Food At The Dinner 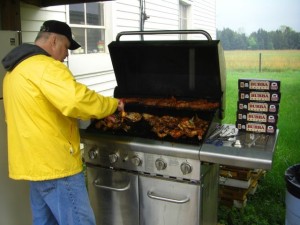 Monty Cross At The BBQ In The Rain 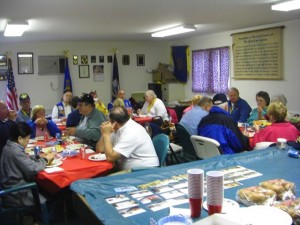 Keeping Dry Inside The Legion Hall While Eating 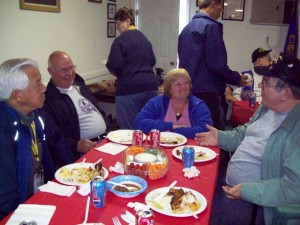 Telling Some Last Sea Stories Before The End Of Another Great Event
There are 16 DVDs of The Birthday Party still available – The cost is $25.00.
For DVD orders, Send check payable to James Bayliss to :
James Bayliss
PO Box 426
Hazelwood
Missouri 63042
To faciliate the accounting process, please make checks payable to me as we have not yet recovered the cost of making the DVDs. We still need to sell 12 more to cover all costs associated with their production.